Open navigation
Link to the eLearning

In this topic, you learn to measure distances between locations on the map, between different airports, and between aircraft and waypoints.

We estimate that this will take 3 minutes to complete. 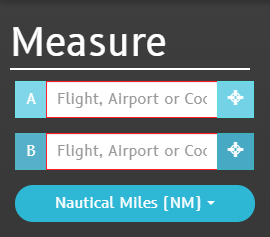 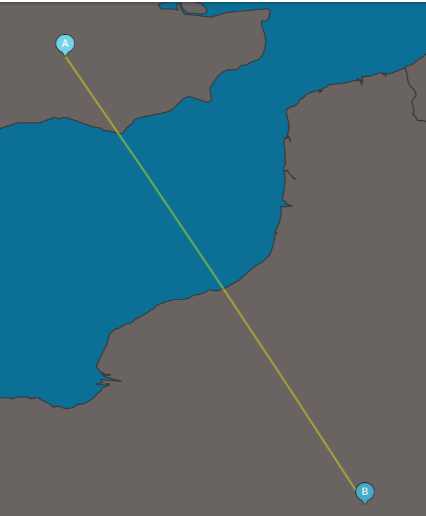 Let's have a look at how you can use the measure tool to measure a distance between two points.

To start, hover your mouse over the palette icon 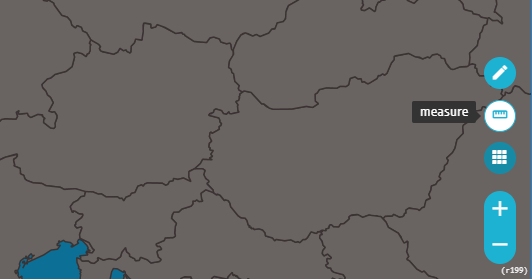 (A) is considered as the starting point and (B) as the ending point for a distance that you want to measure. You can select a flight number, station ICAO, or any point on the map if you use the position button

. In this example we will measure the distance between two airports, Gatwick (EGKK) in England and Velizy (LFPV) in France. 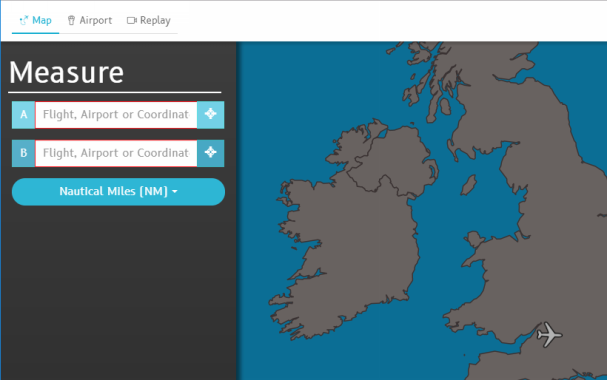 Click the Flight, Airport or Coordinate box A input field.

Start by entering an ICAO/IATA code and N-Tracking filters all possible airport codes based on your typed input. 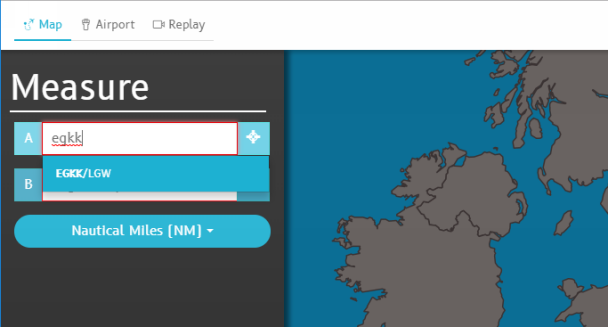 Enter egkk into the Flight, Airport or Coordinates field.

In this example our start location (A) is EGKK, which is Gatwick.

Let's now choose our destination (B). 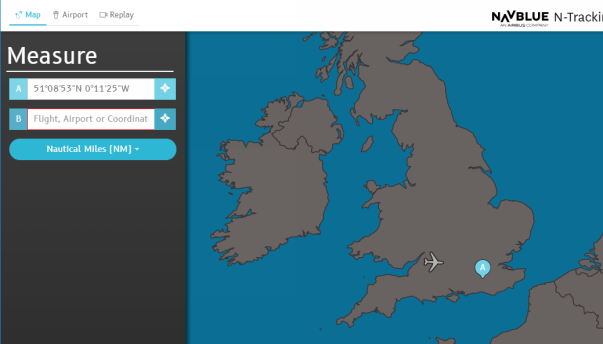 Click the Flight, Airport or Coordinate box B input field. 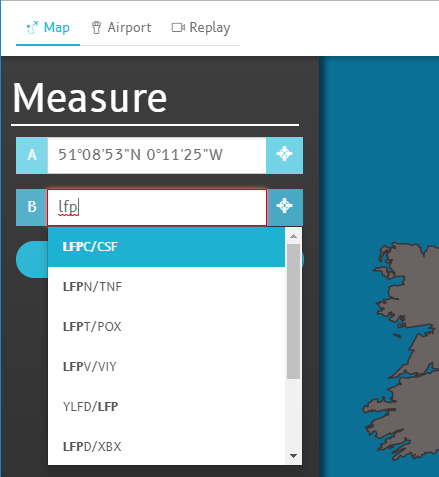 Enter lfp into the Flight, Airport or Coordinates field.

You can see that two positions have been marked on the map: A (Gatwick) and B (Velizy). N-Tracking displays a line between the two points and displays the measured distance of 170 nautical miles on the pane on the left of the screen.

You can change from nautical miles to kilometers by clicking the drop down and selecting kilometers. 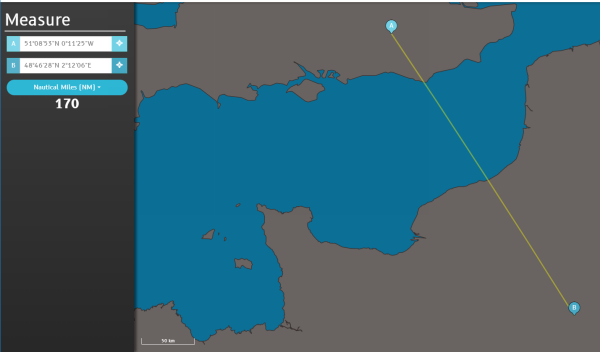 You'll notice that the ICAO/IATA code  changes to match the aerodrome reference point (ARP) of the airport that you chose. 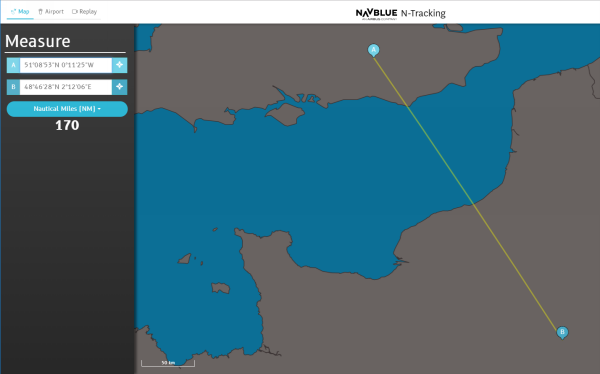 For this example, click within the outlined box to move the location of A.

Notice how the marker for A has moved to the new location. N-Tracking updates the point coordinates and calculates the changed distance as155 nautical miles. 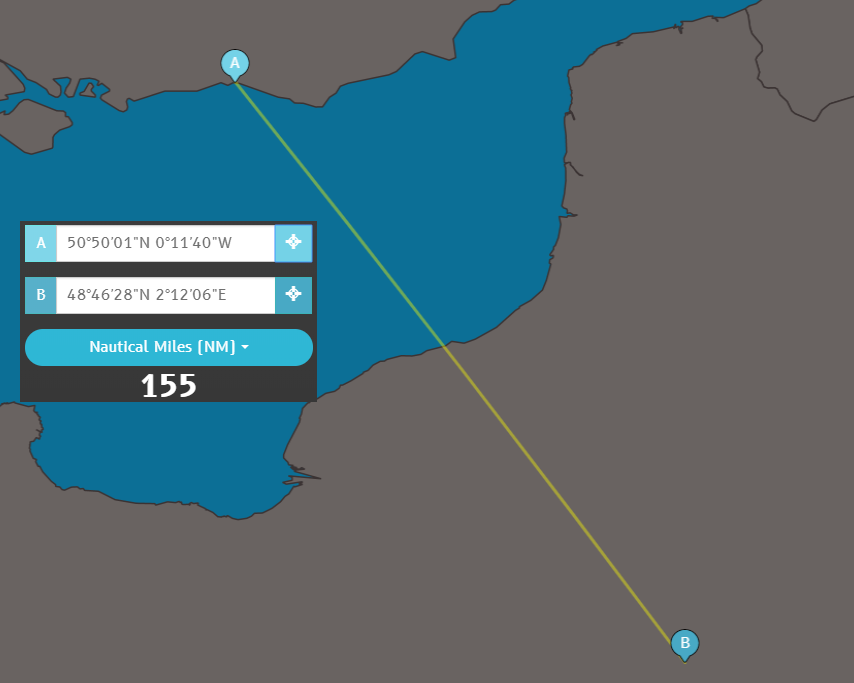 In this next example, you learn to use the measure feature not just for airports but also for measuring distances between aircraft.

When you measure the distance between two aircraft, the distance and the location do not update automatically.

You must input one of the aircraft again to update the location and distance. 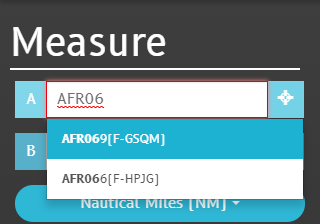 N-Tracking calculates the distance between these two aircraft as 2, 117 nautical miles.